When it comes to social media marketing for your account, hashtags are a must-have component of any content strategy. These handy small links are ideal for locating related stuff to share, making it easier for your audience to find it, and grouping together like conversations.

If you’ve ever used Twitter or Instagram, you’ve undoubtedly seen hashtags in action. You’ve probably used hashtags on these platforms (and possibly others!) as well.

Whether you’re a seasoned hashtag guru or completely new to social media marketing, one thing is certain: you must be able to track your hashtags. Knowing which hashtags are popular and how to use them to get people to locate your content and speak about it is critical to any social media strategy by doing Hashtag Analytics.

How many hashtags you should be using

The quantity of hashtags you use is determined by the platform where you’re posting. When it comes to social media networks, there is no such thing as a one-size-fits-all hashtag strategy. In fact, including hashtags in your postings is discouraged on some platforms.

On Facebook, hashtags can help your content get prominence, attract new community members, and expand your overall reach.

When Facebook users browse a hashtag feed rather than their own newsfeed, they’re looking to learn about and participate in hot topics, which is a terrific opportunity for brands.

Including up to two hashtags in your tweets can increase interaction by up to double.

In a moment, we’ll go over different types of hashtags to use (and track), but keep this in mind whenever you’re preparing to tweet.

Using more than two hashtags, on the other hand, can reduce engagement, so limit yourself to one or two.

Instagram posts allow you to use up to 30 hashtags, and it’s actually encouraged that you utilise as many of those 30 as possible to increase reach and interaction.

This is why Sprout Social’s Instagram Business Profiles Report is so useful: it reveals your outbound hashtag usage across the reporting period, as well as which hashtags resulted in the most engagement by doing Hashtag Analytics.

LinkedIn, like Pinterest, has only recently incorporated hashtags to their site, but unlike Pinterest, they’ve done so while also developing a hashtag-focused search feature. As a result, putting up to three hashtags in your company’s LinkedIn post can actually aid in the discovery of your material. Although there is no limit to the number of hashtags you can use in your post, we recommend sticking to two to three.

When determining whether a hashtag is effective in your social media strategy, what should you look for? Here are a few key indicators of a hashtag’s success.

Is the hashtag you’re employing quite popular? Hashtags that are often used are also frequently searched for, so using hashtags that have shown to be popular in your post is a good idea. You just want to make sure you aren’t spamming your followers with irrelevant yet popular hashtags for the sake of being popular.

How many people notice the hashtags you use on a regular basis? You’re probably not using the best hashtags if your reach isn’t extremely high. Use a tool like Sprout to locate comparable hashtags that are getting a lot of attention to see if you can boost the number of people who view your posts for Hashtag Analytics.

Who is it that is using the hashtags? You want to make sure that users in your target demographic are searching for and utilising the same hashtags as you are so that your message is heard.

How to track Hashtags

When you utilise hashtags in your social media posts, you increase their reach and engagement. Hashtags are one of the most effective organic social media methods, but you must track your hashtags to get the most out of them.

The first objective is to find the appropriate hashtags to use in your social media material. Although some smart A/B testing is usually a good idea, it’s not just a guessing game. Each site offers a search box where you may look for hashtags to use with your content, but those search functions don’t necessarily tell you how popular the hashtag is.

For evaluating interest in hashtags on Twitter and Instagram, a tool like RiteTag is ideal. You may look for the popularity of a specific industry hashtag (for example, #socialmedia) and compare it to the most popular related hashtags.

RiteTag also provides insight into Instagram hashtags depending on your search, albeit this information is only for Twitter. Although the information offered isn’t as detailed, it might still give you a good sense of which hashtags to use.

You can also use Sprout Social to locate and review the performance of your hashtags in a variety of ways. Sprout Listening can help you figure out how often people are talking about your issue, what terminology they’re using to describe it, and how they feel about it.

Don’t put off testing and measuring your hashtag use in your social strategy any longer now that you’ve got the know-how and the resources by using Hashtag Analytics.

Head over to Wobb to participate in Influencer marketing campaign. 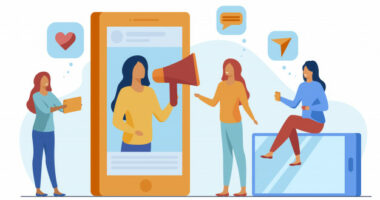 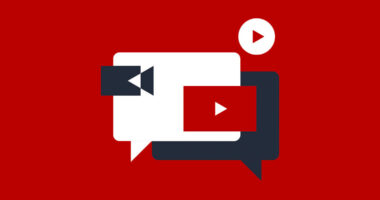 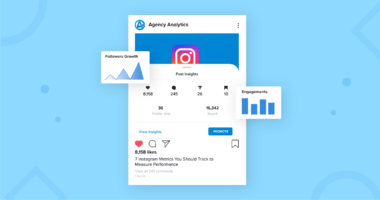 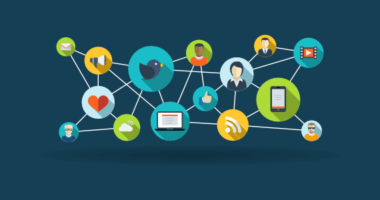